So my goal with KS4 was to build the local Castle to where I grew up Harlech castle - so this build follows on from putting together my 2 GCs:
viewtopic.php?f=48&t=8673

So I am trying to reproduce this castle in Dwarvenite! 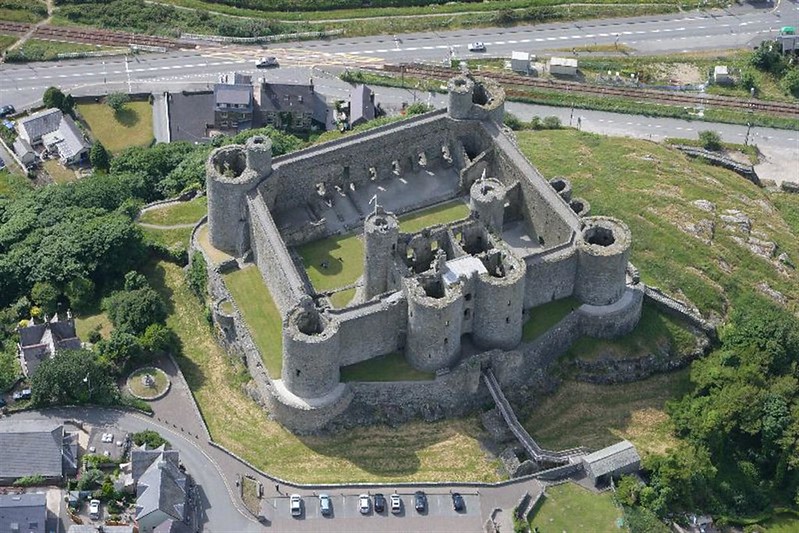 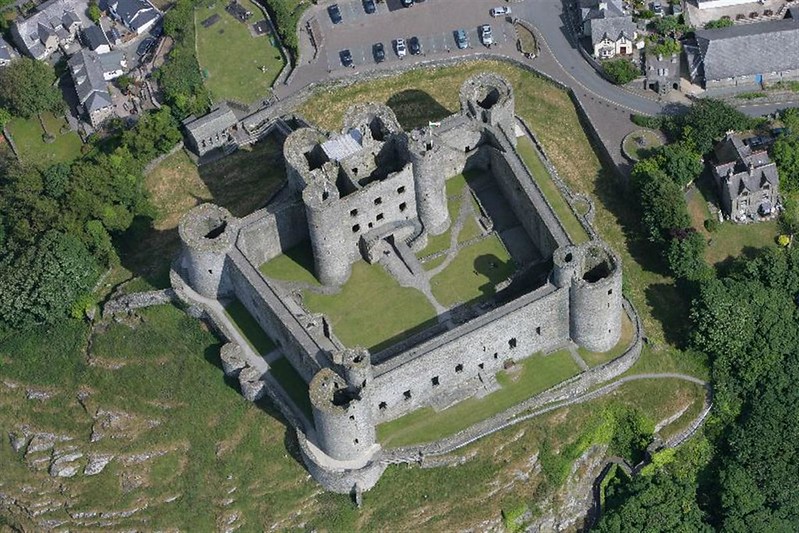 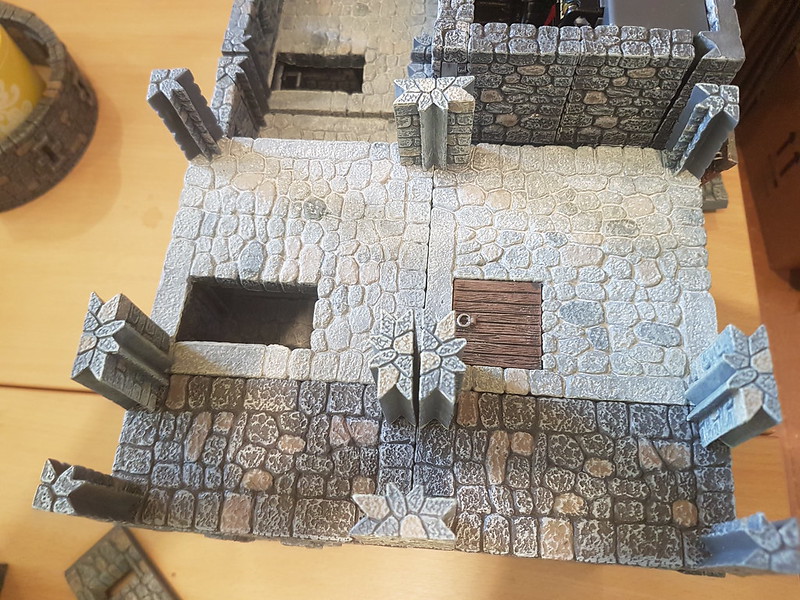 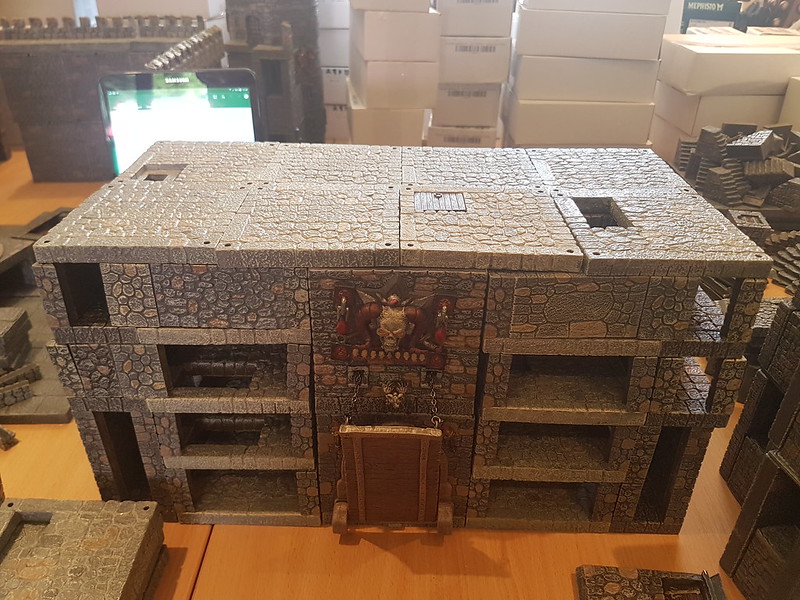 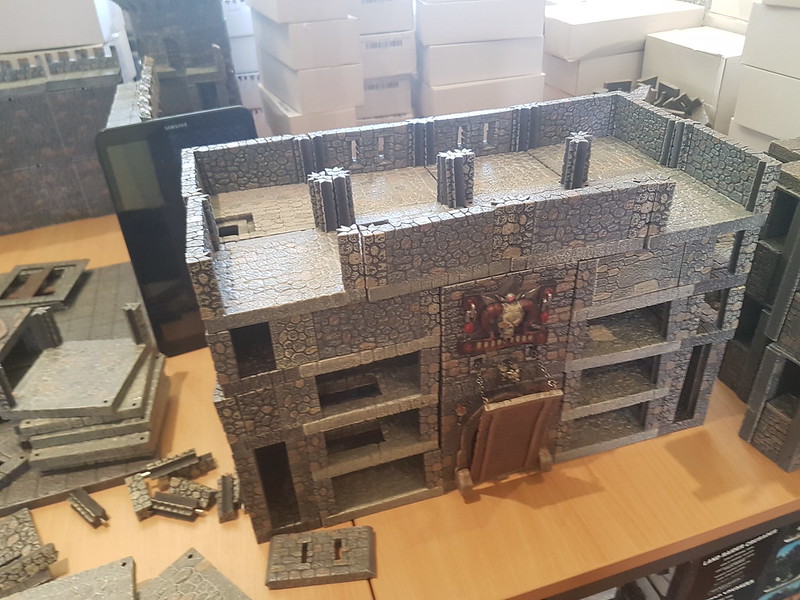 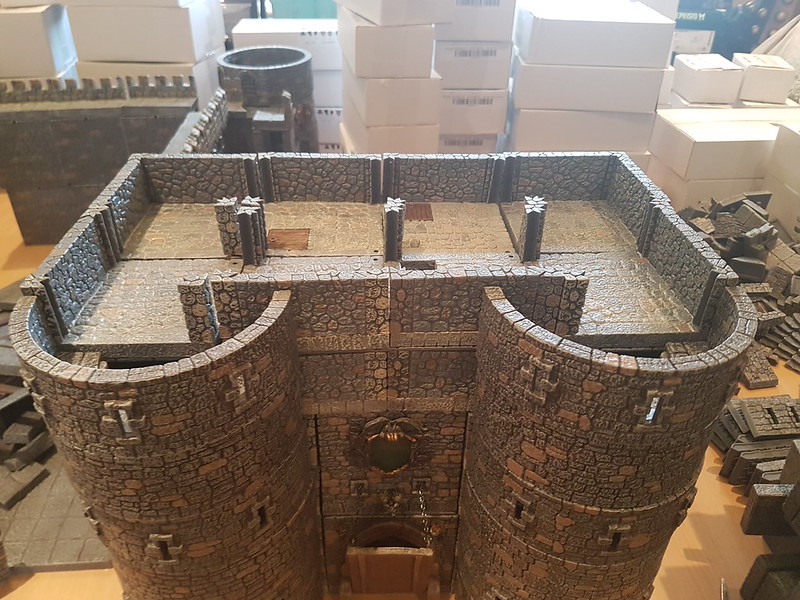 Then added some Roof platforms - which are so useful 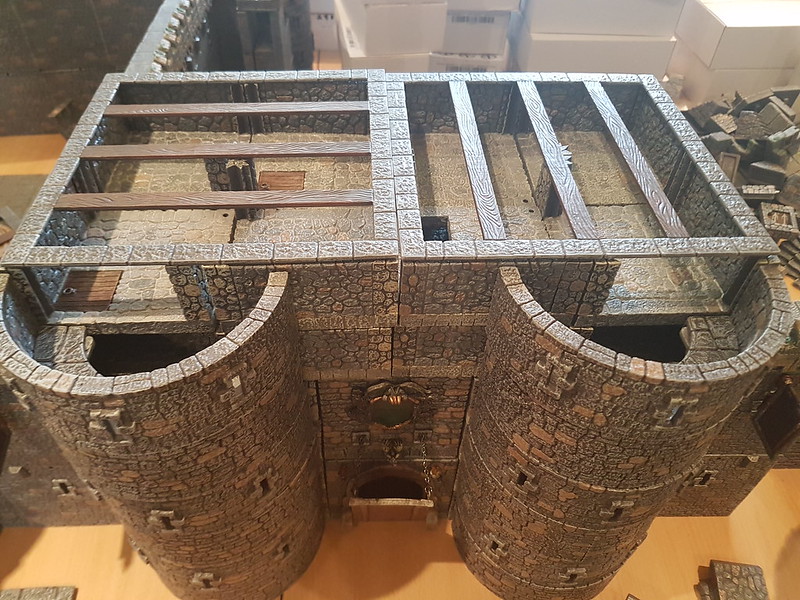 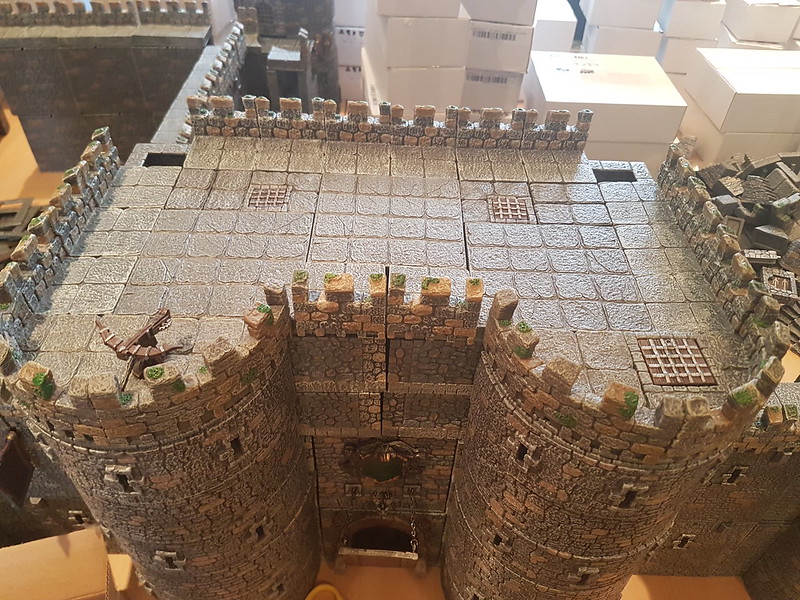 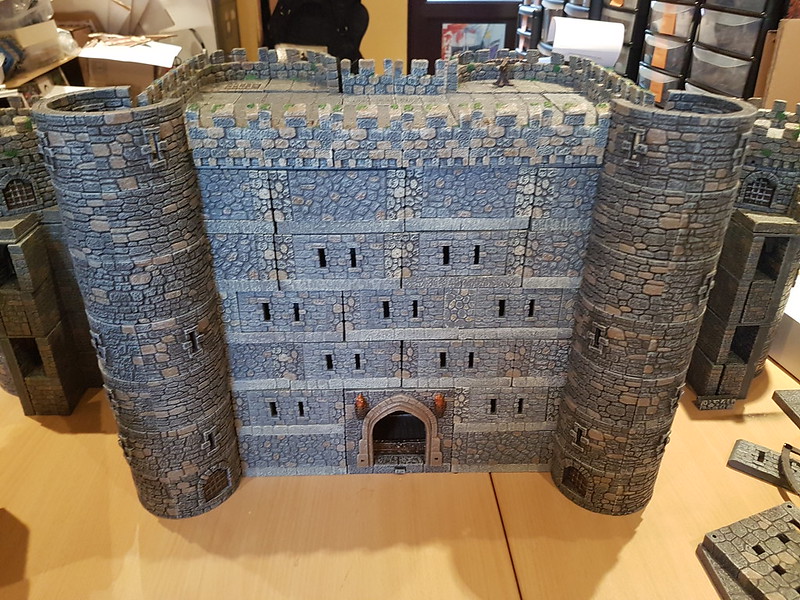 Added two sets of 4" tower crenellations. Had some issues with the towers being a floor tile width too short for the last level being a full circle with a door.
Added 3/4 roof platforms but did not have enough so used 2 1/2 roof platforms which causes a different issue. 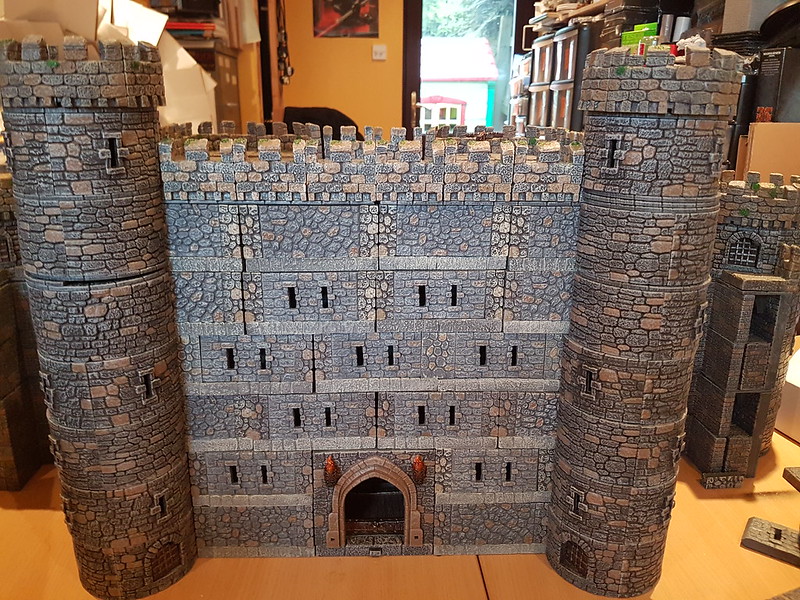 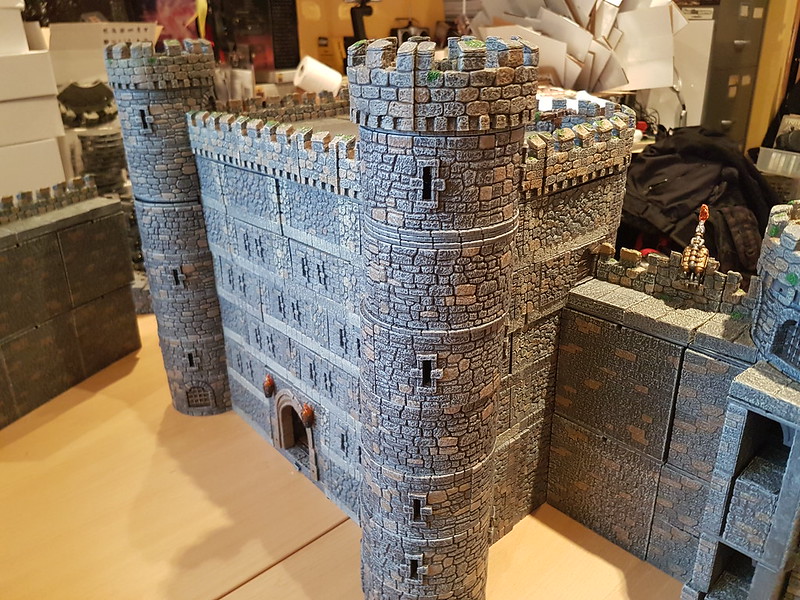 All in All quite satisfied with how it turned out - its a bit of a monster! 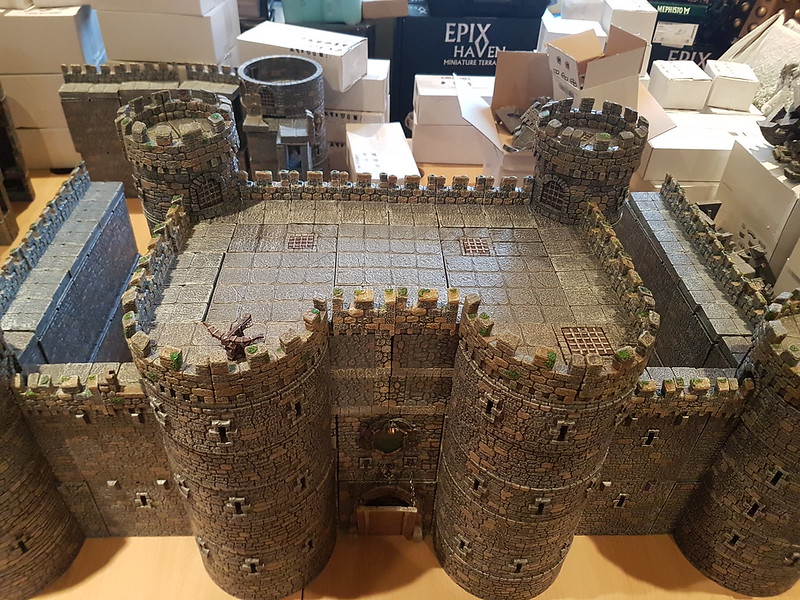 Added the front wall either side and two front corner towers 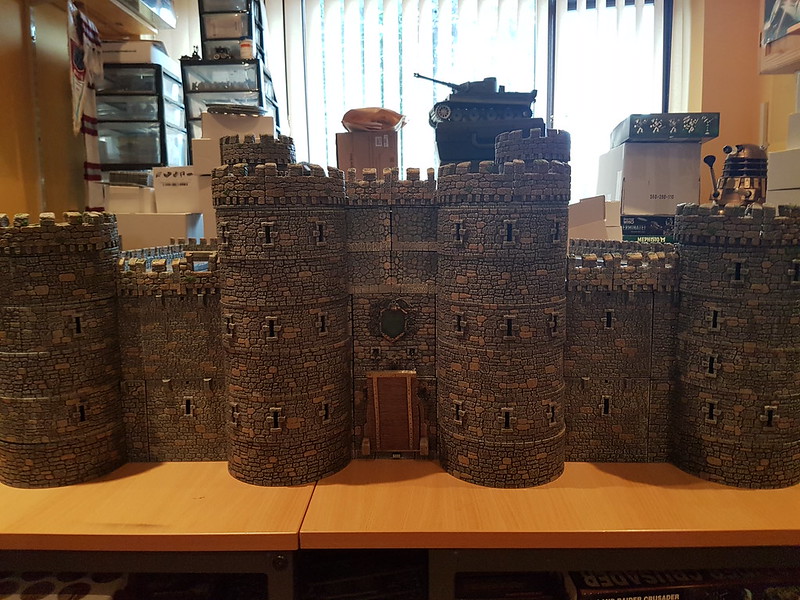 There are a number of things I'd change:
Use double posts on the external walls, so need to get some more or use Tudor ones internally
Add at least one more Advanced building set
Get at least 2 more 3/4 4" Tower platforms, though could maybe cut a 1/2 platform into 1/4's
Change some of the rear facing walls to windows or arches.
Next need to put together the side and rear walls and sort the two rear Towers
Mythrassian Lagomorph Hivemind Minion of the Flaming Bunny Clan
Top

That is amazing!
Do you really plan to build the whole thing?
Dwarven Forge Collector's Catalog Wiki

Imposing doesn't even begin to describe those walls!!! Wow. Just, wow.
Please keep us posted on any more progress. This is fantastic.
Top

What a pile of granite!!! I remember your intentions from last year. Most impressive. I bought stuff to build the Outlander Castle (or Castle Anthrax). Now I gotta build it.
Regards,

Awesome Rabbit! that is brilliant... !
Top

I particularly like the Pnzr VI Tiger tank in the background.
Top

I will admit to wondering if I'd bitten off more than I could chew trying to create a gatehouse that was 4x2 CBS units (Square towers or 16"x8") by 6 CBS levels high.
During the KS and PM I realised I need half width CBS or Square Towers - so the need for the Advanced Building add-ons. As the gate house is 4 Square towers in width (16") I needed to have the Gatehouse Central leaving 6" each side 1 and 1/2 square towers. Was confident that any shortfall would be met by my stone CBS buildings.
During the build I realised I did not have enough Advanced Builder sets to do the whole height, 6 levels and was starting to think I could not make it as I envisaged.
What I had forgotten was that for the rear I only need half widths (2") for two levels - the height of a single gatehouse and at the front four levels, the height of the Gatehouse and drawbridge.
So once above the gatehouse and drawbridge I could use 4 full CBS units.
Keeping that many levels inline was proving difficult until I started using double stone posts - love these. Just did not have enough stone ones. This pulled all the different CBS units together making the build much easier.
I was pleased the roof platform pack gave me the ability to have Crenellations on the same level as the floor Each of the 4" round towers required four 3/4 roof platforms and I only had six - so one tower has a bit of a 'wonk' to it as I overlapped two 1/2 roof platforms. I intend to dremel a single 1/2 platform into two 1/4 platforms which can be added to two 1/2 platforms to give me the two 3/4 platforms I need - simple

All in all it was an interesting build, took me an afternoon to complete the gatehouse, learnt a lot, was pleased my PM calculations were mostly correct - did not predict the issue with the 4" tower platforms.
The adv builder sets work well but there is an issue (I think) where you cant have a two level solid wall on the 1" edge - will make a separate post on that.
Love how the Tower crenellations merge with my existing KS3 crenellations. The front 6" half towers look great. Need to have blank walls where the 3/4 4" towers wrap around as arrow slits can foul the join and make the tower jut out a little.

Time to bring this ramble to a close

Thanks DF for providing the castle pieces that allowed me to make this.
Mythrassian Lagomorph Hivemind Minion of the Flaming Bunny Clan
Top

Wow that is the most amazing castle build I've seen. Is this for a specific game or just to have up?
Top
Post Reply
25 posts

Users browsing this forum: No registered users and 4 guests